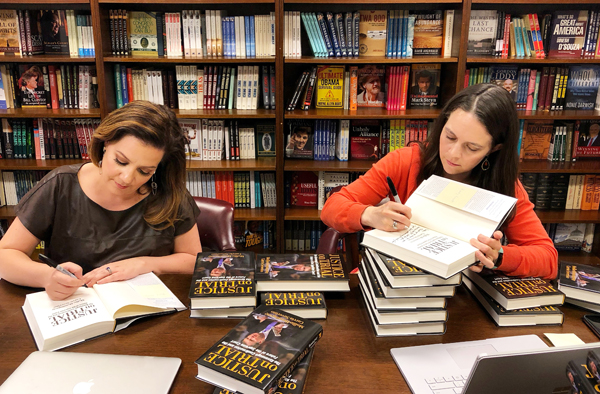 Mollie Hemingway and Carrie Severino’s Justice on Trial: The Kavanaugh Confirmation and The Future of the Supreme Court was listed today at the top of Amazon’s weekly nonfiction bestseller chart!

Read more about the mega-bestseller:

“In Justice on Trial: The Kavanaugh Confirmation and the Future of the Supreme Court, Mollie Hemingway and Carrie Severino recount the hearings that captivated court-watchers, political junkies, and — by the end — the whole nation. Through a careful recounting of the events helped by scores of interviews with the political players, Hemingway and Severino have laid out the galvanizing tale of mudslinging and madness that reinforced the nation’s separation into rival political tribes, and the nomination that pushed the Court toward a more reliably originalist and conservative disposition.”

“Justice on Trial is a political thriller about sex, power, and lawyers. In this excellent book, Mollie Hemingway of The Federalist and Carrie Severino of the Judicial Crisis Network have provided the definitive account of Brett Kavanaugh’s ascent to the Supreme Court.”