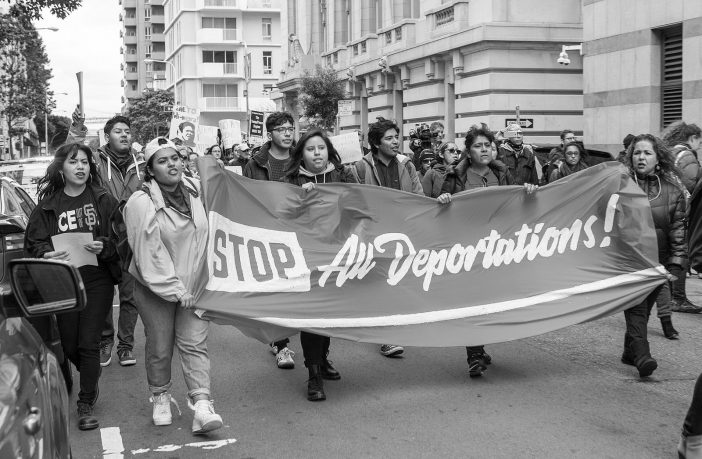 By Pawel Styrna of ImmigrationReform.com

Conservative pundit Michelle Malkin’s latest book is required reading for anyone wishing to understand the forces and interests behind the open borders and mass migration lobby. Open Borders Inc. is a scathing indictment of this irresponsible and dangerous lobby, and exposes it as a corrupt racket aiming to undermine the United States and other Western nations by making borders irrelevant and encouraging and facilitating massive and unsustainable levels of migration.

Malkin’s left-wing critics frequently label her (and pretty much anyone who supports common-sense pro-American immigration reform) as “anti-immigrant.” In fact, she is the daughter of legal immigrants from the Philippines, who inculcated in her “an attitude of gratitude” – the antithesis of the “toxic defiance, arrogance, and resentment that typifies the new generation of open-borders beneficiaries,” such as Somali-born Minnesota Congresswoman Ilhan Omar (D-Minn.), who is just one example. As opposed to her detractors, Malkin believes in immigration policies that benefit the American people and respect our borders and national sovereignty. “Open Borders Inc.” has a very different vision, however.

The book dispels the illusion – promoted by the mainstream media and pro-mass-migration activists – that the Central American migrant caravans and the great waves of Muslim migrants pouring into Europe are a largely spontaneous response to gang violence, war, and poverty. The reality, Malkin demonstrates, is that there are entire networks of people who encourage, organize, transport, feed, guide, smuggle, and otherwise facilitate these vast armies of migrants. Much of this is driven by “virtue signaling,” utopian open-borders zealotry, and, yes, also genuine compassion, but Open Borders Inc. shows that the entire enterprise is also big business.

Malkin does not mince words about the main mover and pusher funding the migrations to America and Europe: “It’s not a conspiracy ‘theory.’ It’s a conspiracy truth. Hungarian-born billionaire George Soros is the mastermind of mass-migration chaos. He is the center of the globalist galaxy,” and its “central financier.” Furthermore, while the globalist left-wing multi-billionaire “can plausibly deny directly subsidizing any specific or single caravan attempting to violate our borders, his elaborate network of nonprofit grantees and sub-grantees around the world serve as advocates, activists, organizers, lawyers, and enablers for illegal alien and refugee influxes.” Between 1997 and 2013, his Open Society Foundations spent more than $100 million on “immigrant rights,” and in 2017 Soros transferred $18 billion of his wealth to the OSFs.

Why is Soros so committed to this cause? The reason is that he – like much of the globalist establishment in the West – sees national sovereignty and borders as obstacles to “some global system of political decision-making (…) to stabilize and regulate a truly global economy” and the pursuit of the “common interest.” “The sovereignty of states,” according to Soros, “must be subordinated to international law and international institutions.”

Other chapters of the book focus on topics such as: the “Abolish ICE” movement, which seeks open borders and views mass illegal immigration as a way to “decolonize” America; the thugs and anarchists of Antifa (self-described “anti-fascists” who often resort to violence and intimidation in pursuit of their radical agenda … kind of like actual fascists); the Southern Poverty Law Center, which rakes in millions while branding any right-of-center individuals or organizations – including pro-American immigration reformers such as FAIR – “hate” organizations; and the hypocrisy of the Hollywood elites who preach about the alleged morality of open borders and mass migration while simultaneously living comfortably and securely behind  walls and protected by armed security.

Malkin also provides useful indices of Soros-affiliated NGOs, a list of 60 Jihadis/terrorists who originally came to the U.S. as refugees, and sanctuary jurisdictions. While the chapters may at first seem to jump from subject to subject, the reader will see that they form part of a larger coherent whole. If you have friends or family who are “on the fence” about immigration, Open Borders Inc. may be a great Christmas present for them.