Get a FREE EBook of

Church of Cowards: A Wake-Up Call to Complacent Christians

You will receive a code to claim your free eBook in your Inbox shortly.

Something went wrong. Please check your entries and try again. 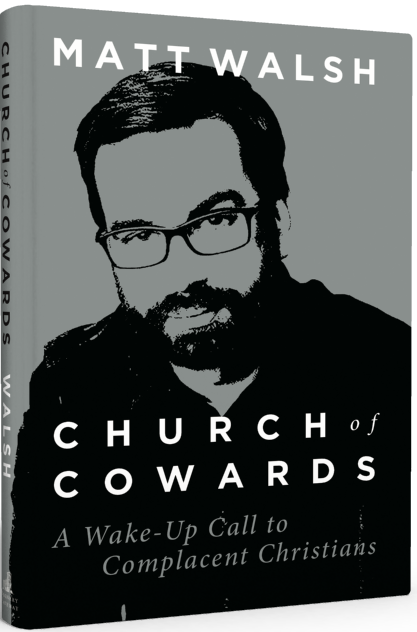 “Matt Walsh is a powerful voice standing up for the value of religious virtue in today’s increasingly secular culture. Americans are going to church less often than ever before. Walsh explains why that trend must be reversed if America is to save itself—and its founding principles.”

“In a world where religious leaders routinely trade their principles for the world’s approval, Matt Walsh remains a fearless defender of the faith. Fierce, witty, moral and often profound, Matt is a voice Christians need to hear if they want to remember who they are and who they're supposed to be.”