Get 50% Off The Mystery of the Magi: The Quest to Identify the Three Wise Men 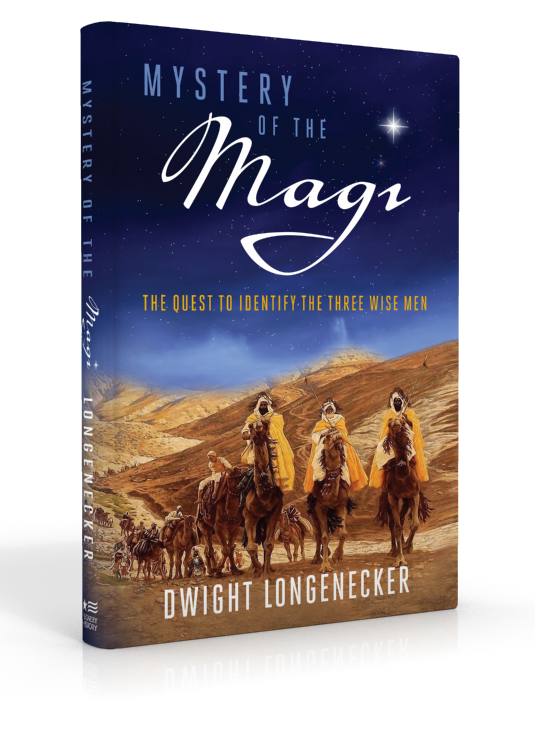 Use Code: MAGI50 at checkout

"The perfect Christmas gift for anyone interested in the historical background behind the birth of Jesus of Nazareth." — Robert J. Hutchinson, author of The Politically Incorrect Guide to the Bible, The Dawn of Christianity, and Searching for Jesus.

"The best book I know about the Magi." — Sir Colin John Humphreys, Ph.D., author of The Mystery of the Last Supper

Modern biblical scholars tend to dismiss the Christmas story of the “wise men from the East” as pious legend. Matthew’s gospel offers few details, but imaginative Christians filled out the story early on, giving us the three kings guided by a magical star who join the adoring shepherds in every Christmas crèche.

For many scholars, then, there is no reason to take the gospel story seriously. But are they right? Are the wise men no more than a poetic fancy?

In an astonishing feat of detective work, Dwight Longenecker makes a powerful case that the visit of the Magi to Bethlehem really happened. Piecing together the evidence from biblical studies, history, archeology, and astronomy, he goes further, uncovering where they came from, why they came, and what might have happened to them after eluding the murderous King Herod.

In the process, he provides a new and fascinating view of the time and place in which Jesus Christ chose to enter the world.

The evidence is clear and compelling. The mysterious Magi from the East were in all likelihood astrologers and counselors from the court of the Nabatean king at Petra, where the Hebrew messianic prophecies were well known. The “star” that inspired their journey was a particular planetary alignment—confirmed by computer models—that in the astrological lore of the time portended the birth of a Jewish king.

The visitors whose arrival troubled Herod “and all Jerusalem with him” may not have been the turbaned oriental kings of the Christmas carol, but they were real, and by demonstrating that the wise men were no fairy tale, Mystery of the Magi demands a new level of respect for the historical claims of the gospel.